In honor of National Dance Day, a quick post about another dance adventure Roomie and I went on last weekend! This time, it was a country music festival held at a restaurant/bar. You wouldn’t guess it from the outside, but the place has a big stage and dancefloor in the middle of it. Now, I am not a fan of country music. And line dancing is…ok.  Just not really my thing.  Roomie is more the hard core fan.  Despite those facts, I had fun!  I mean, it’s hard to not have fun when you’re surrounded by live music and positive energy and people dancing.  Just my opinion. 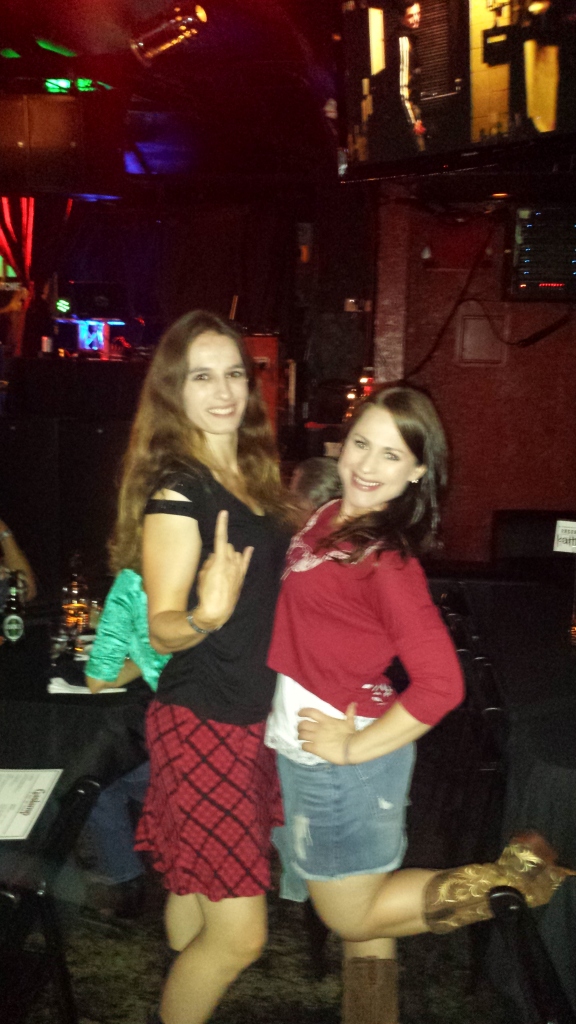 She was country and I was more rock ‘n roll.

In between bands, they had mini line dancing classes. If I’m going country for the night, I’m going all the way.  So I joined in, despite the fact my sliders had just arrived at our table!  Fun fact for the day about me: I love good comfort food and am not easily pulled away from it, even if it’s to dance.  The first line dance we learned was the tush push. And I actually did ok!  But that’s because of the cha cha lock steps and pivot turn. The woman teaching said cha cha, and I did a little celebration dance in my head because I knew there would be at least one part where I wouldn’t look like an idiot!  I may not know line dancing, but I know cha cha!

Later we also did slap the leather, which is the line dance you can do to Footloose. And a third line dance that was more complicated, but I can’t remember the name of it. My ballroom training paid off though, because I was actually able to pick up the steps pretty quick.

Another fun fact about me: despite my lack of enthusiasm for country music, I do have a soft spot for the banjo. And one of the bands had a banjo!

I added to the fun of the night by playing like it was a hostage situation and taking pictures like this one. It might be hard to tell, but I wrote “send help!” on the napkin. It’s the little things.

The next day had a brief dance adventure moment too. We went to see a movie and it was pouring rain when we got out of the theater!  The car was parked far away, so we had to walk through the rain.  Which I actually love doing (third fun fact!), so I didn’t mind at all!  And of course, when I saw something that looked like a lamp post, I had to stop and strike a pose.  Recognize it? 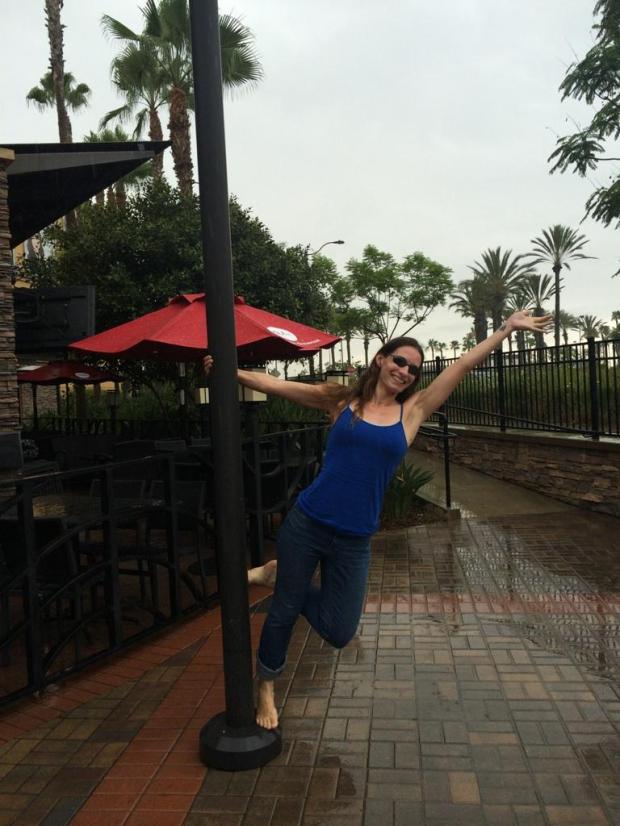 Channeling my favorite dancer in the rain

Oh, and the title of the post?  After we got home from the country music festival and I took the dogs out for a walk, I noticed one of my boot heels sounded different from the other on the sidewalk. The heel cover was gone!  Apparently, I line danced it off!  Hopefully, I can get it fixed.  I love those boots! 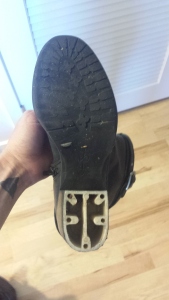